Ares Armor, a California gun parts manufacturer, has filed a temporary restraining order against the Bureau of Alcohol, Tobacco, Firearms and Explosives for fears the federal agency could soon bust down its doors.

For almost two years, the ATF has asked Ares Armor to turn over its customer list, but the company’s owner, Dimitrios Karras, has thus far respected the privacy of his clientele and refused to comply.

“They said either give us these 5,000 names or we’re coming in and we’re pretty much taking everything, which is a huge, huge privacy concern and something we are not willing to do,” Karras told KSWB.

The temporary injunction comes on the heels of last week’s ATF raid on EP Armory, which Karras says was carried out on spurious grounds.

According to Karras, the ATF’s main contention against EP Armory, as well as his company, was they were “making a firearm and then reverting back to the 80% stage by filling in the fire-control cavity,” a mistake the business owner says the bureau has been “appropriately informed of.”

Nevertheless, on Monday, the ATF threatened to obtain a warrant against Ares Armor prior to an inevitable raid on the facilities if the customer list wasn’t soon handed over.

“They were gonna search all of our facilities, they were gonna confiscate our computers. They were pretty much gonna shut our business down,” Karras said. 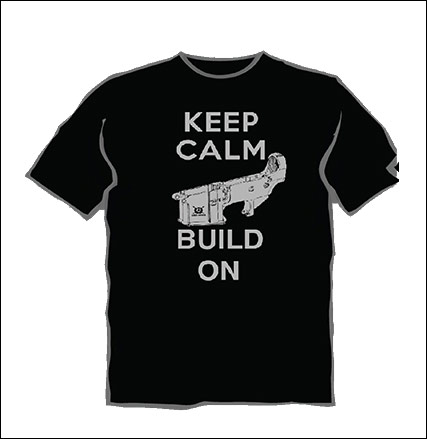 The next day Karras was granted a Temporary Restraining Order against the ATF, after claiming he was “now in constant fear for the safety of my employees, my customers and myself.”

He explains the events that led to the legal action in a recent post on the Ares Armor site:

During a meeting with the BATFE around the end of 2012 that was unrelated to EP Armory’s product, the Agent that was present very strongly requested that I turn over Ares Armor’s customer list. He intimidated me with the possibility of criminal charges if he was not satisfied. This was the first attempt the BATFE made to intimidate Ares Armor into turning over private customer information.

“I have been unjustly threatened with raids and criminal charges in an attempt by the BATFE to obtain information that is private and protected,” Karras stated in his filed declaration. “The BATFE has expressed interest in obtaining Ares Armor’s customer list in the past and is now attempting to strong-arm us with undue threats based on information they know to be incorrect.”

“The government invades our privacy on a daily basis and everyone seems to think that it’s OK,” Karras said to KSWB, adding he hopes “the judicial system will come in and say, ‘You know this is private information, it’s protected, and no you’re not taking it from them.’”

“For the time we are SAFE!” Karras exclaims with a sigh of relief, but there’s no telling how close he and his workers came to staring down the barrels of ATF weapons.
Tags: ATF, Gun Grab, Gun Parts Manufacturer, 2nd Amendment